How Did Africa's Prospective Petroleum Producers Fall Victim to the Presource Curse?

This paper was published by David Mihalyi and Thomas Scurfield on September 8th of 2020 as World Bank Policy Research Working Paper (WPS9384).

This paper reviews resource sector developments in 12 countries in Sub-Saharan Africa that made their first (major) petroleum discoveries during the most recent commodity boom. The analysis, which goes back to 2001, looks at sector forecasts of international organizations, governments, and companies and compares them with the results that emerged. The paper finds that a third of the countries did not make any commercially viable discoveries. Among those that potentially had commercial finds, the latest timelines from discovery to production are 73 percent longer on average than initially expected. In the six countries for which there are comparable data, revenue collected thus far or the most recent revenue projections for countries yet to reach production are 63 percent lower on average than the initial forecasts. All 12 countries experienced a disappointment in at least one of the three dimensions analyzed—and these disappointments are likely to be exacerbated by the recent price crash. The paper also documents the various policies adopted in response to the discoveries and -- with the benefit of hindsight -- finds that, in some cases, this over optimism contributed to the 'presource curse': suboptimal policymaking that did not align with the new realities. Some recommendations are provided on how better to navigate the inherent uncertainties in developing the sector. 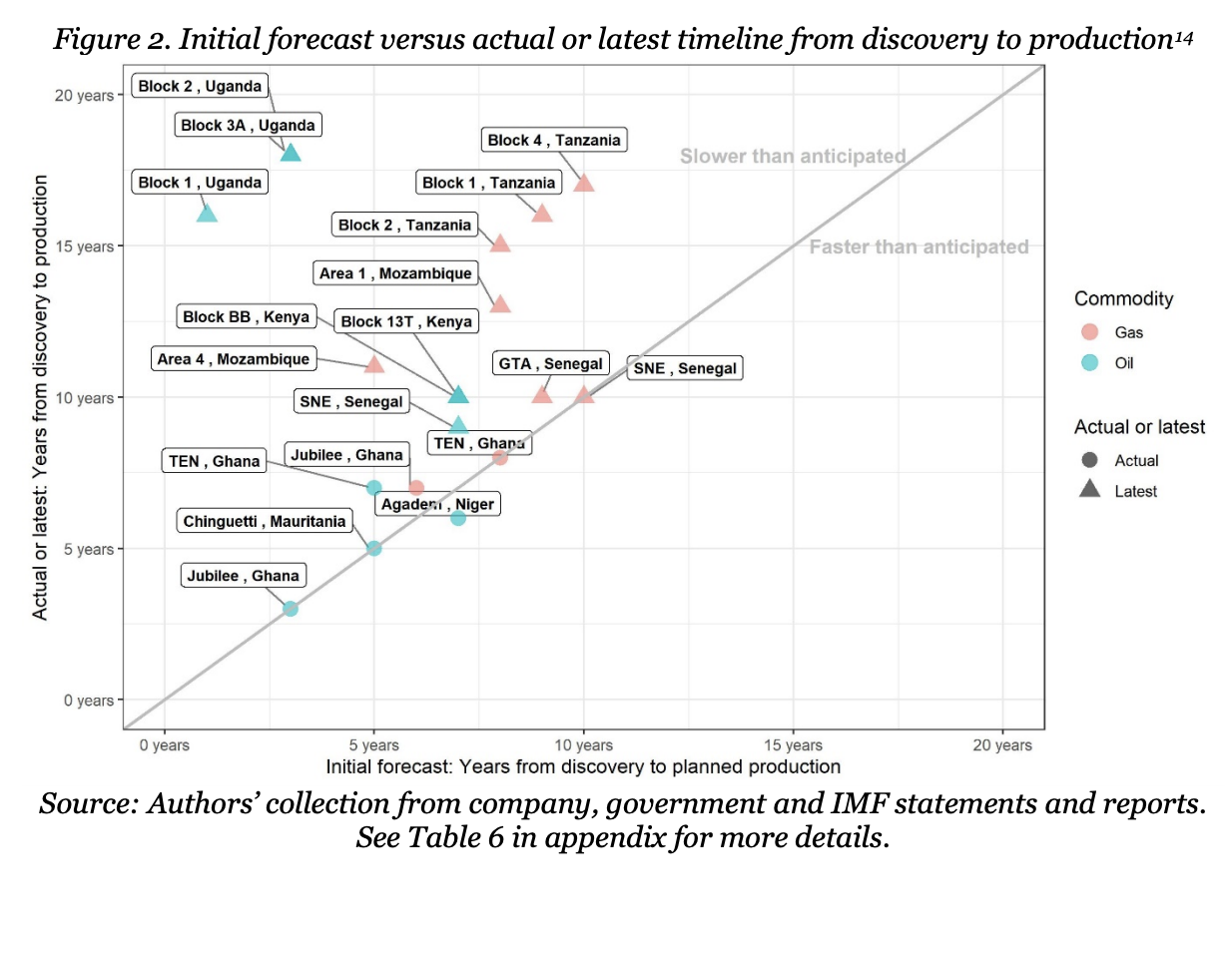